I had been wanting to eat this popular Korean Snack since a year ago! But I just don't have the opportunity to buy it. The 1st time I saw this from a TV show, I already tell myself that I'm gonna find this. Several times I saw it at Takashimaya Basement. But it cost S$5 for a tiny bowl which I think there's only about 5 to 7 pieces of rice cake in there. And the Tteokbokki that they're selling is being kept at one corner, and it is obviously no longer warm. Max stopped me from buying it. Feelin' miserable.

I saw this when I was in Jusco Tebrau City JB over the weekend. Without a 2nd thought, I just grab it. I don't care! Hahahas!!! 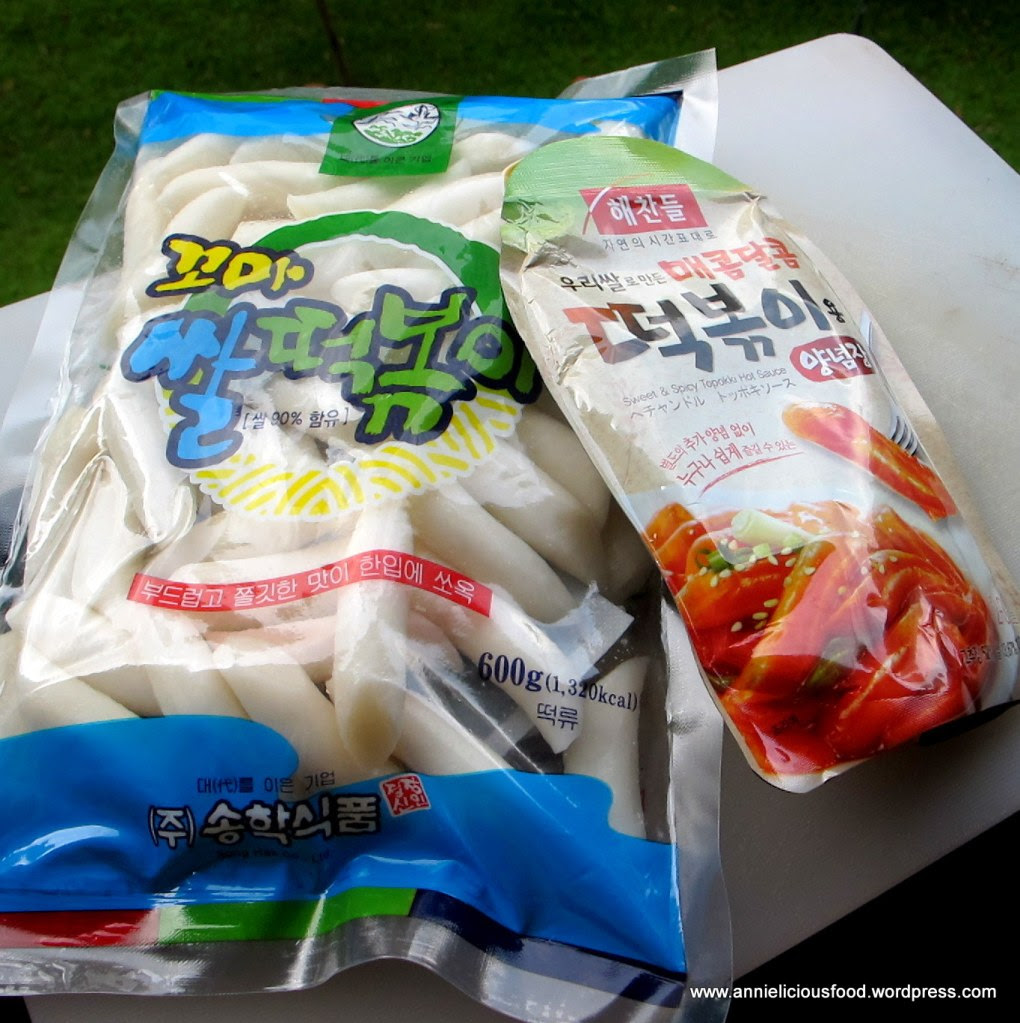 This supposed to serve as a snack I suppose? It shouldn't be a main course right? I'm not sure. But I think there's no rules here. It's weekend. We normally won't take breakfast nor lunch over the weekend. We wake up slightly late, and had brunch instead. So, the next meal should be around 3pm. And normally we just eat light food as hi-tea, because dinner time is just near. A pack of rice cake like this, if I serve it as a hi-tea snack, it should be able to make 7 to 8 servings easily. And if u wanna make it as a meal (lunch maybe?), then, it serves about 4. This is my assumption. Because I only cooked half pack just to give it a try and keep the remaining in the fridge for the next round. I don't throw a party of 8 you know? But even if I cook for 8 pax, I just paid S$ 7.45 for that pack of rice cake & Tteokbokki sauce only. Not expensive.

As usual, I dig whatever I have from the fridge. Korean cook Tteokbokki with lots of veggies and fish cakes. But I don't have fish cakes at home. So, I don't bother. I just cook using whatever veggies I have. That's my lazy style. Ha! 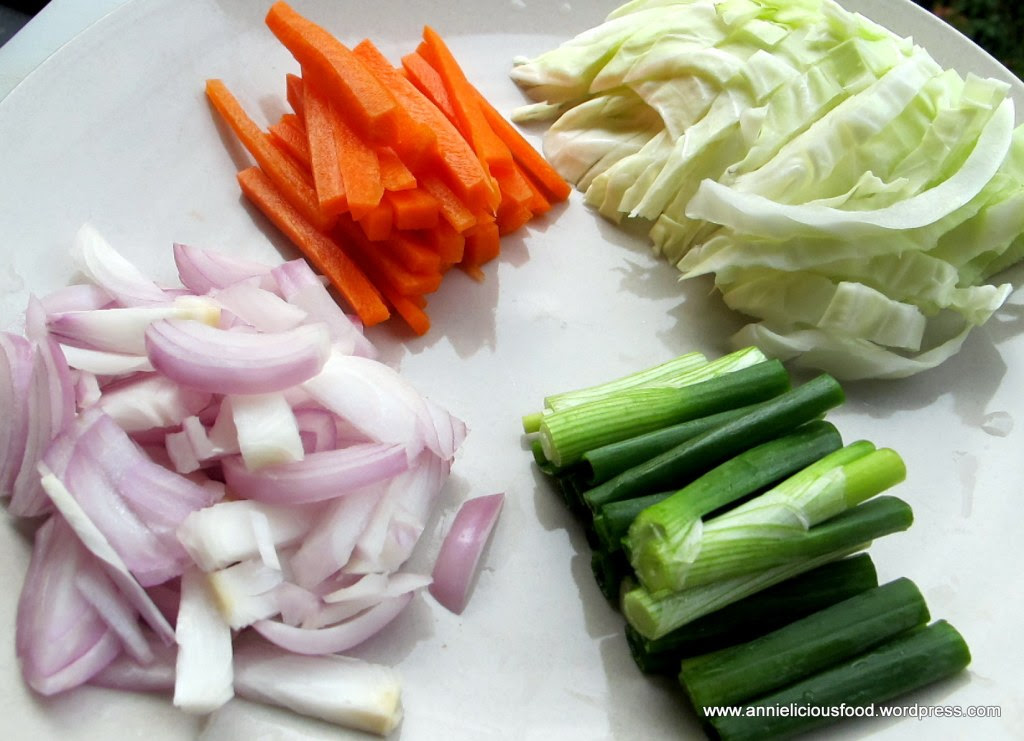 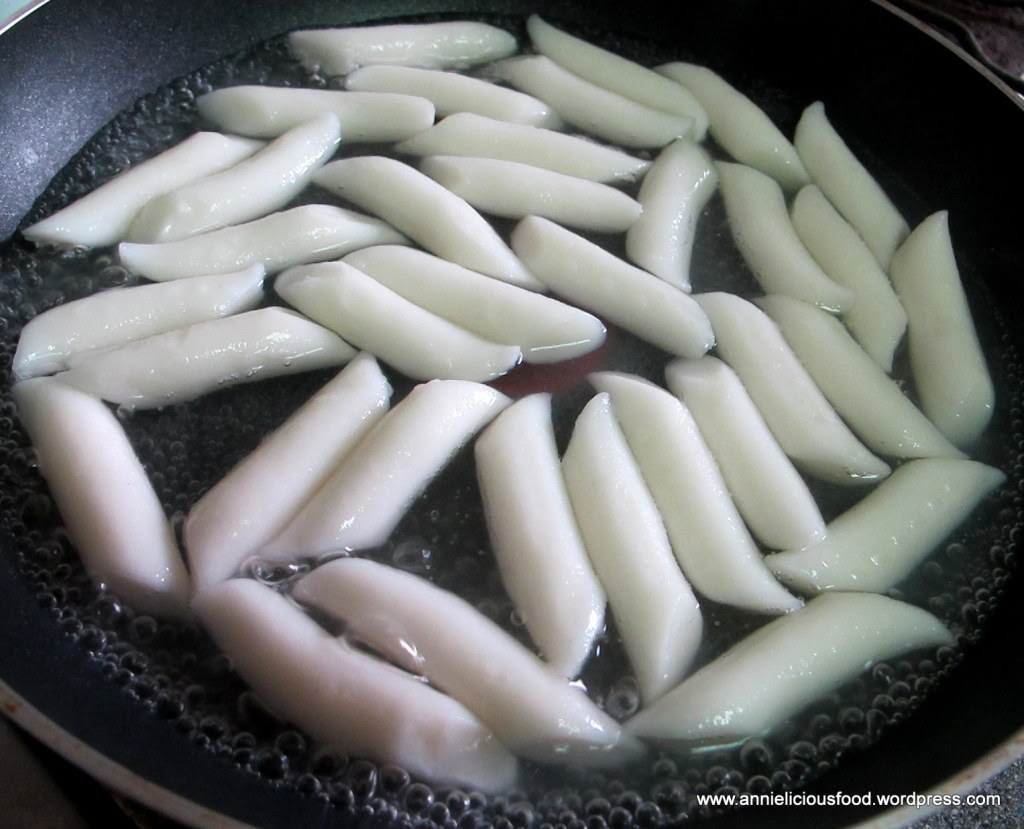 Method
1. In a sauce pan, bring the water to boil. Put the rice cake into the water, let it simmer under medium heat. Use a spatula to press the rice cake, you should know it when the rice cake is about to turn soft. The water will turn starchy. Just gauge it yourself.

2. Add in the Tteokbokki sauce, give it a quick stir. Add in all the veggies (and fish cake, if you have some). Mix well.

3. Simmer under low heat for awhile, taste. If you think you need to add a pinch of salt, go ahead. But I personally don't. Until the veggies turned soft, off the heat and serve. 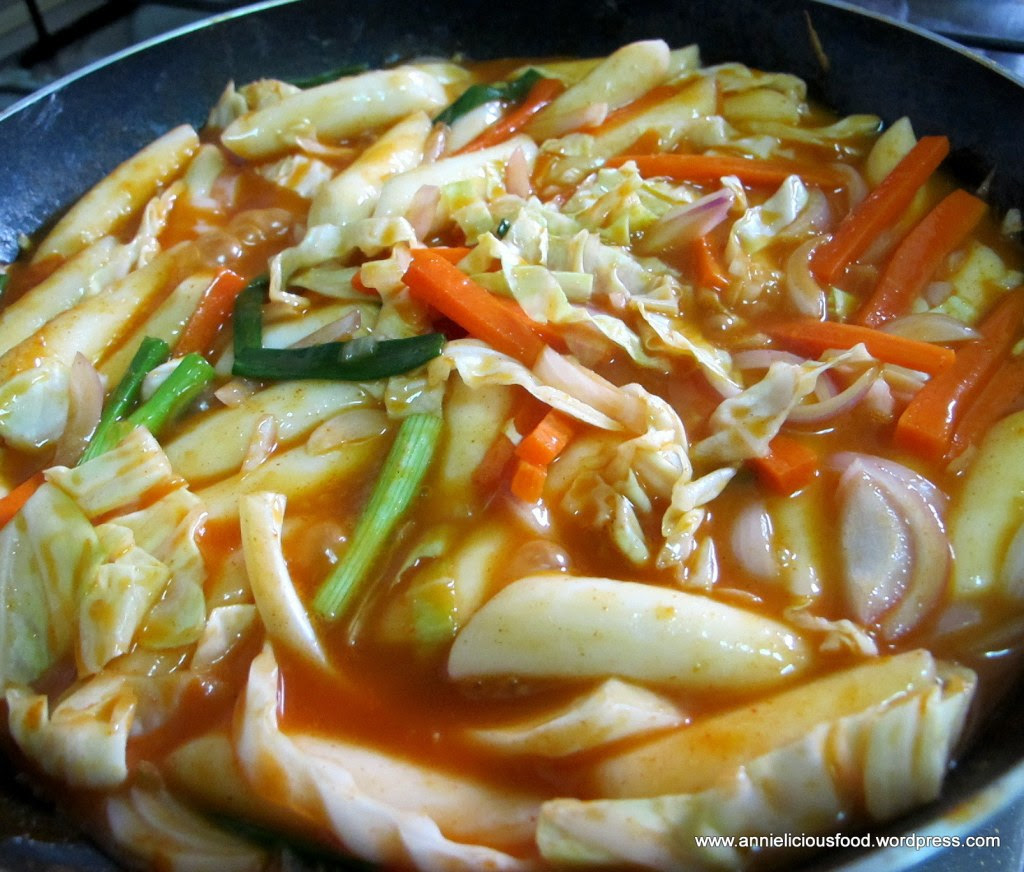 It's easy isn't it? Another quick meal done in less than 20mins.

Ahhh.... I love the color of Tteokbokki. 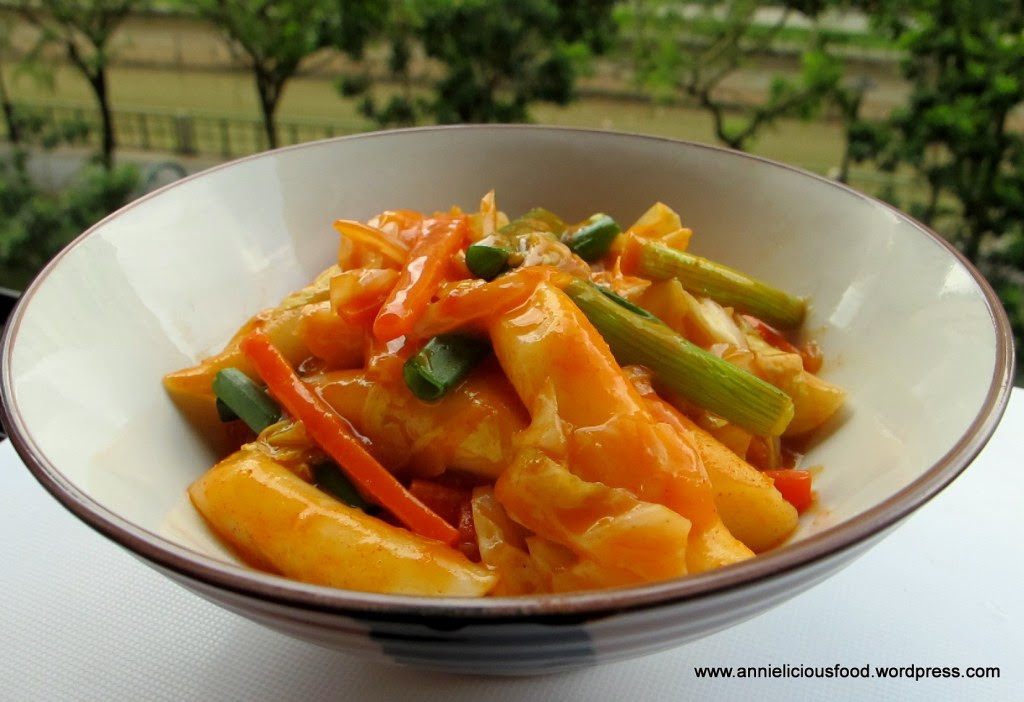 Look at the rice cake. It's soft and chewy texture. I love it. 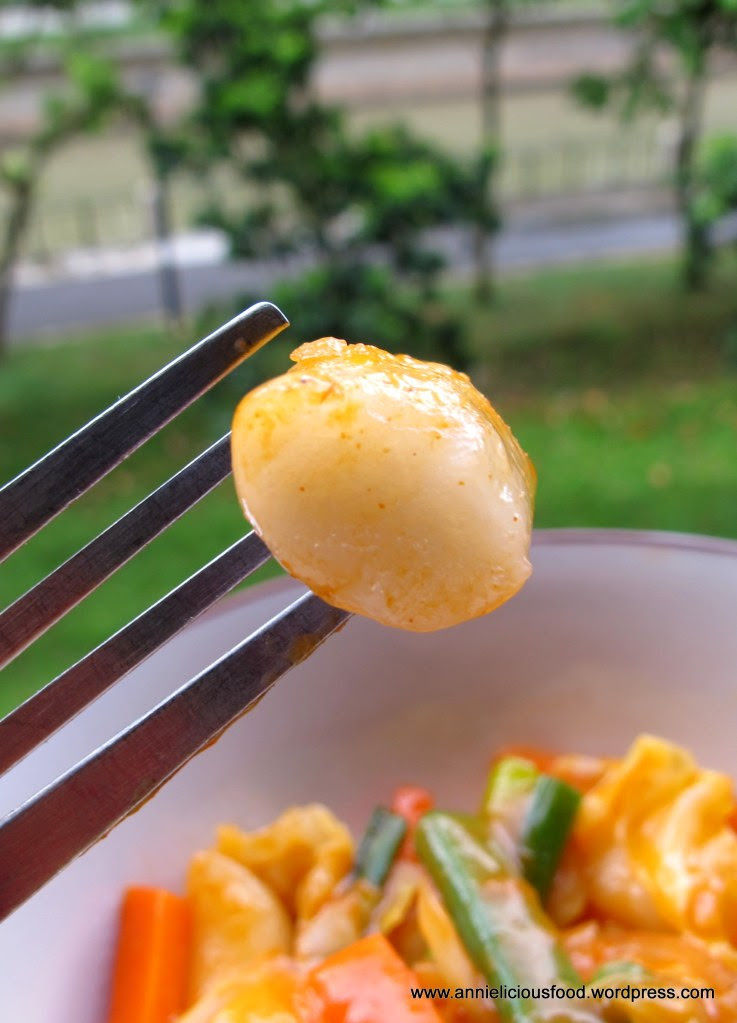 Max doesn't like it. Although the Tteokbokki sauce taste sweet and spicy, which is quite nice. He complaint that the rice cake itself is rubbery and tasteless. Urgh! This is a rice cake! He expect it to taste like what? Like albalobe? (-_-)

Max mama likes it. When Max is grumbling about the rice cake, she commented that I should try cooking it in Chinese Style. Because she say his son is a CHINESE MAN (chinese-taste-bud). Ha! Maybe she is right. She know her son well.

If you wanna try making this, Rice cake & Tteokbokki sauce should be available at Korean food stores or hypermarkets that carry Korean Imported stuffs. I'm unsure which hypermarket has this, but I could remember there's a Korean Mini Mart at Vivo City basement. Just opposite Giant. And another Korean Mini Mart at Kallang Leisure Mall. Besides that, I believe Orchard - Takashimaya, Istetan, CK Tang & etc should have Korean Imported stuffs.

Try it! Remember to post your photos on Facebook and show it to me if you did yours ok?
Stay tuned :)
Posted by Unknown