I had been wanting to get a soup pot for the past 1 month. Cooking soup using gas stove for 3 hours can be quite expensive actually. If I look at a long term basis, I think getting a slow cooker is better. But since I had purchased my rice cooker, so, I won't wanna make so much purchase within a month.

Initially, I wanted to get Toyomi brand 3.2L Slow Cooker. Two weeks ago, I saw it somewhere else, and I think it cost about S$69.90. But when I walked into OG today, I get convinced by the sales lady, telling me that Toyomi imitate Takahi, and Toyomi is made in Taiwan, and she claimed that Takahi is the so-called "original brand" for slow cooker, and all their slow cooker is assembled in Japan.

Comparing with both real thing, both looks similar, but when I hold it, I prefer Takahi, as the parts they used is kinda better. So, I bought this. OG is having 10% discount, and I paid S$67.50 for this medium sized (3.5L) pot. It's good enough for a family of 3 or 4. 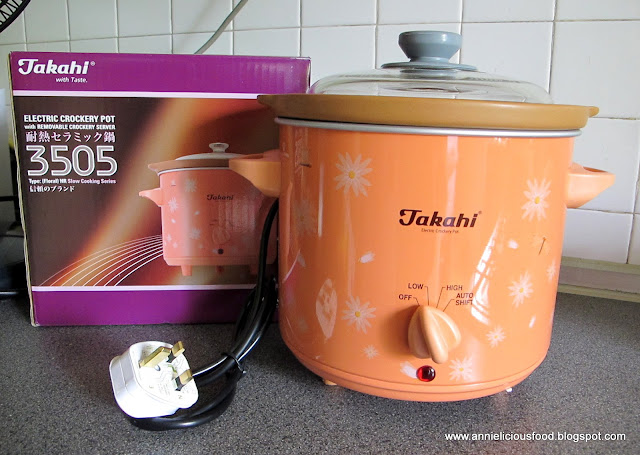 Initially, I picked the one in blue. The older version. But after I read some online review, I immediately tell the sales lady that I wanted to change to this latest floral version. What is the difference between this version and the old version? It is said that this model is created to use low power consumption while giving the same required heat. The electricity bills in Singapore is equivalently high. So, I think I should get this.


One of the reason Takahi attracted me is that they have a removable silicon cover for the knob, while I couldn't see it in Toyomi. This is really useful, because the pot cover can be very hot. This is useful. 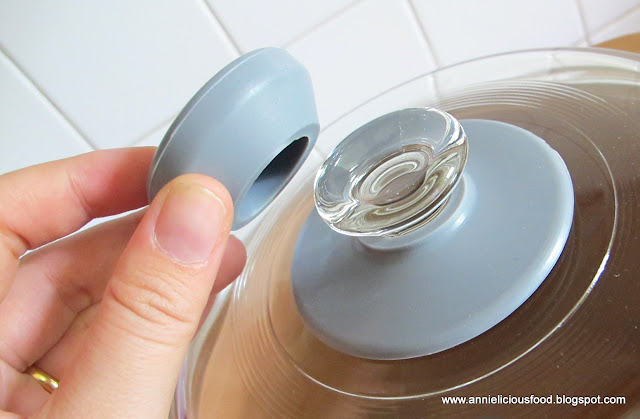 The inner pot is not the traditional glossy type. It is now in matt surface. Use a normal stove soup pot, put all the soup ingredients into the pot, bring to boil, and then transfer the soup to the slow cooker. This is the usual way of cooking a pot of soup using slow cooker. Everybody is doing that. Which means, I have to wash TWO soup pots. Urgh!

But now, technology has makes our life easier.

All soup ingredients into the slow cooker inner pot... 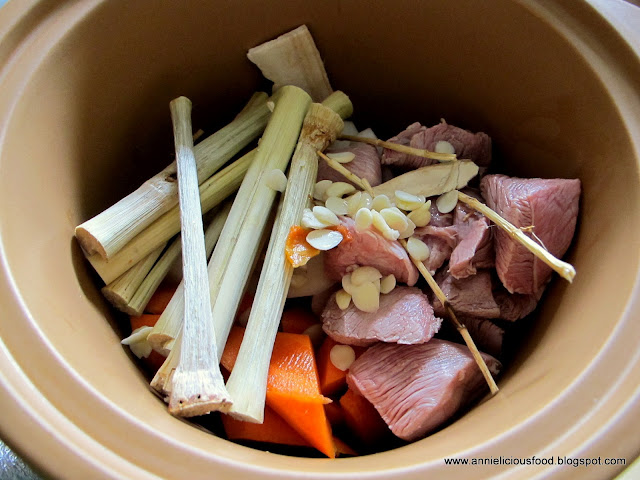 Straightaway bring the soup to boil under medium heat. Once it has boiled, let it simmer for awhile, and transfer the whole inner pot from stove to the slow cooker heating pot, turn the control knob to High heat. Leave it there, and I could go and watch my favorite TV show. 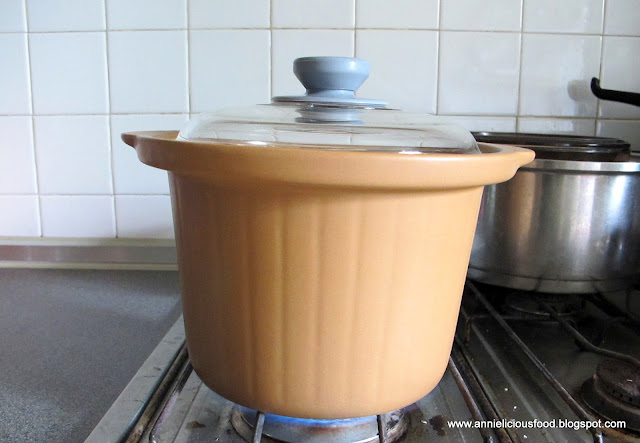 Ahhh... A bowl of nice soup after few hours! I love my slow cooker :D 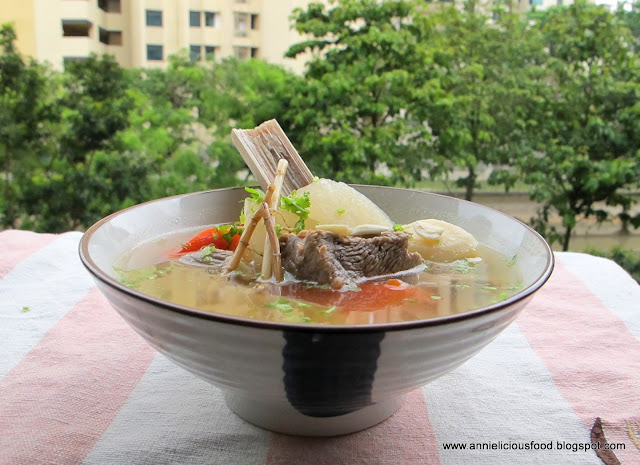