I don't know what is the exact name of this dried fish 柴鱼"cai yu" in english. I tried to google it, but still, I couldn't find any clue. Anyway, it's okay. It's a dried fish that you can get it from sundries store that sell lots of dried foodstuffs.

This dried fish peanut porridge is one of my childhood food. During my primary school period, we could easily get a bowl of porridge at the roadside stall, located at the corner of our village near to our school. The stall owner is a very friendly middle aged aunt. It cost us only 10cts a bowl. We will have a bowl of porridge for breakfast before we head to the school. Ahhh.... Memory!

And I think the unbeatable part about the one that I had during childhood time is that, stall owner use charcoal to cook the porridge, while mine in a easier way, but... shamefully, Rice Cooker. 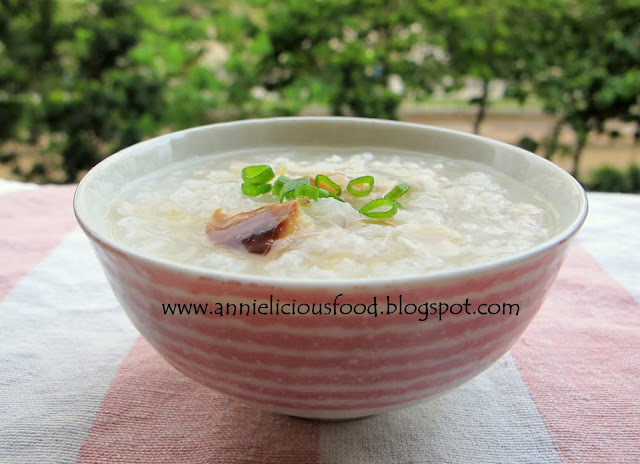 This dried fish peanut porridge can be seen in a common nutritious babyfood recipe book. This porridge supposed to be slightly watery than the usual thick porridge that Cantonese used to cook. The taste of this porridge is that, it has the fragrance of the soft peanut when you chew on it, while the dried fish gives it a mild saltiness & sweetness. Heavenly!

This porridge said to promote urination, and it is also a good source of iron, especially for kids.

I went Chinatown wet market and get myself some 柴鱼 dried fish & peanut. The dried fish itself is very lightweight. This two big piece of dried fish only weight about 66 grams, and it cost me about S$3.00. It is about the price of dried cuttlefish that I used to cook soup. 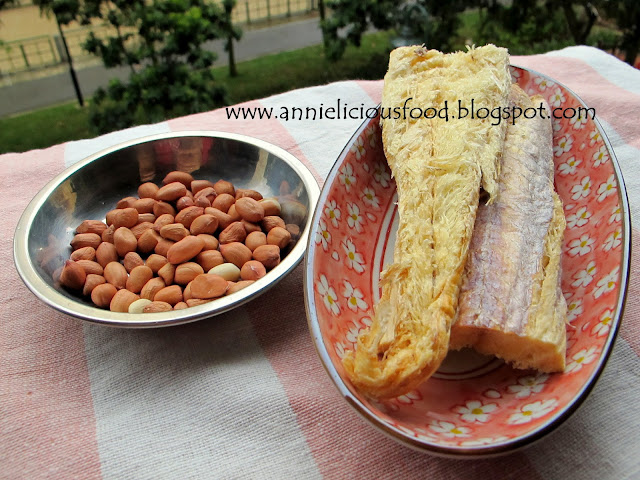 Snip them into small cubes... I used about 30 grams 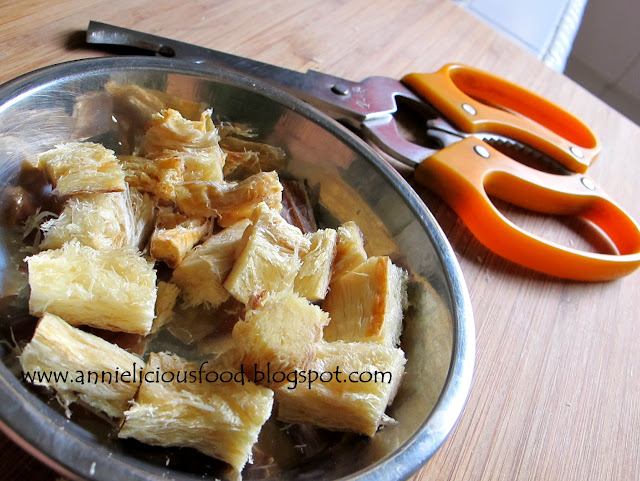 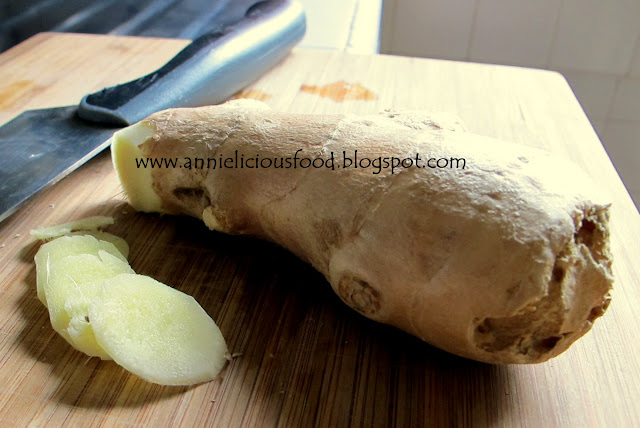 
Method
I love adding some sesame oil and a dash of pepper on my porridge before I eat. And of course, spring onions is a must. Or else, I will find my porridge incomplete. 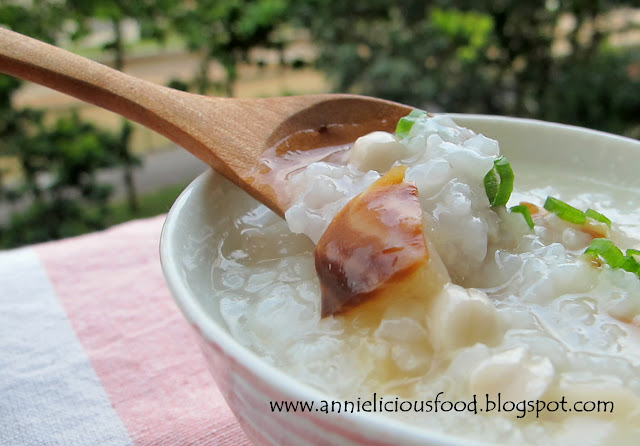 It is indeed, one of my best childhood food.

I spotted a stall selling 柴鱼花生粥 at Chinatown Hawker Centre. Shop owner speak Canto. So, I think they are Cantonese. The porridge that they sell is very watery and runny. Not as creamy as mine - S$1.00 for a small bowl. It's rather over-priced I think. But it can be quite therapeutic when I have the sudden crave for it. That stall sells basic stir fried rice vermicelli too - S$1.00 for a small portion, serving it using a 6 inch plate.
Posted by Annieliciousfood