I had been really craving for this soup for very very very long time. Like years? Sigh!

Hokkien called this "too-thor th’ng", literally Pig's Stomach Soup. Hokkien version too-thor th’ng has Ginko Nuts in it. Some added mushroom too. Mine is Canto version, or rather, my mother's version. I'll just do it in a traditional way. The way my mother taught. 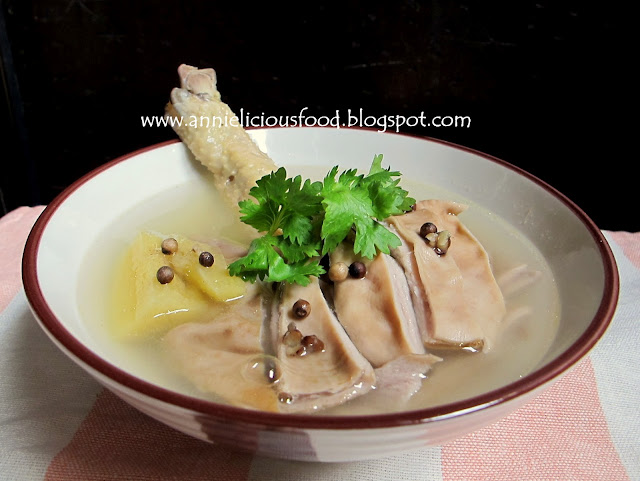 Boiling a pot of Pig's Stomach soup is easy. But the part where you need to clean the Pig's Stomach is tricky. If you are not familiar with cleaning pig's stomach, you will end up with a smelly soup.

Before we start with the soup making, this is something I need to highlight, especially for those who never handle pig's stomach before. If you don't have the patience to read up the whole post of mine, thinking you could just note down the recipe and do it blindly (with that half-cleaned smelly stomach maybe?), drop it. Don't bother to follow this. Because you will end up complain that my recipe gives you smelly and murky soup.

For the amateur cooks who want to make this soup, you can go to the wet market butcher and ask for Pig's Stomach. Wet market do sell both cleaned and un-cleaned Pig's Stomach. So, here's the difference :

If you can get cleaned ones :-
If you get the un-cleaned ones :-
Supermarket like Giant, NTUC and Sheng Siong do sell Pig's Stomach. But they usually categorized it as Raw (un-cleaned) and Cooked version. See picture below. Left picture is raw stomach (the one I bought), and right picture is cooked stomach.

I couldn't convince myself to get the cooked stomach out of convenience. Seriously, NO! I really not sure if they did put in effort to get rid of the gunk completely before they cook it. And the cooked stomach are frozen, and then thawed, and re-packed to sell. I never taste this readily packed cooked stomach before, so I won't comment much. But I could assure you that, if buy cooked stomach, the soup will not taste as good as the one from the butcher. This is the fact that you have to face it. Your mouth wants to eat good food, you will have to work for it. Right?

It is my 1st time washing Pig's Stomach. Seriously, it's stinky if it is not washed properly. So, if you're really not ready for the challenge, never attempt to cook a pig’s stomach. Unless you are mentally prepared. You don’t want your kitchen to smell like a pigs’ farm.

So, how to clean the stomach? It requiring multiple scrubs with salt and tapioca starch, along with a bit of knife scraping. Now... Cleaning Stomach method :
Now, take a look at the photo : 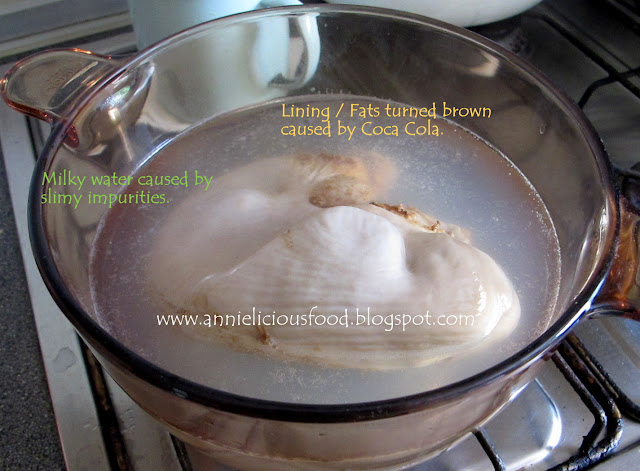 The water is in pale milky color. These are the slimy impurities. If you didn't wash the stomach clean enough, once you blanch it, you will have super murky water, and even your soup! You won't wanna drink that, don't ya? I washed the stomach clean. So, during the blanching you only see pale milky water.

And you see the brownish color lining? It looks dirty? Nope! Those are a thin layer of lining / fats. This brownish color is stained by Coca Cola. oI rinse the stomach using Coca Cola, remember? Coca Cola has caramel in it. So, the caramel color stained on it. Not dirty. It's edible. If you prefer the stomach not to have such brownish color at the lining, then, skip the Coca Cola part.

Once it's out of the boiling water, scissor it apart and do a check inside. This is to make sure they are clean within. It shouldn't have slimy feel anymore. They are like towels with funny surface, and the color differs at different part. That's normal. And here, the stomach is ready to use. 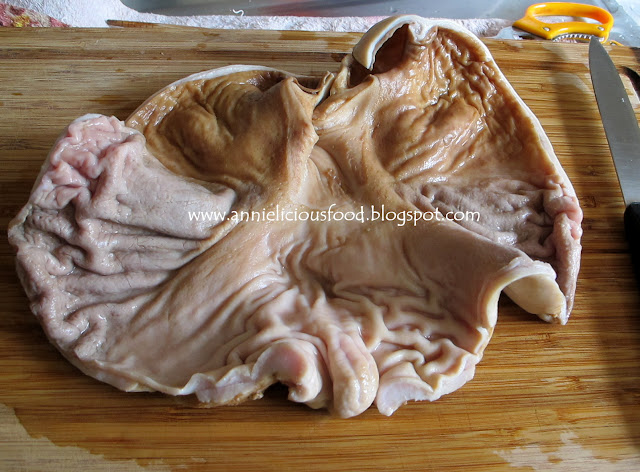 Now, get ready all the soup ingredients we need. 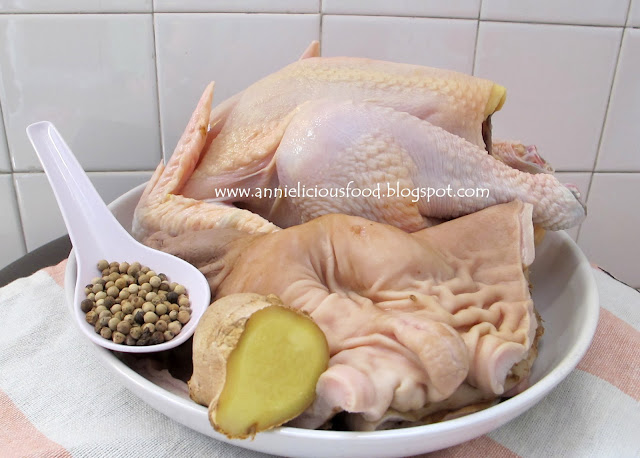 Talking about this wonderful and extremely peppery broth containing the organ, good quality pepper is important. Especially those from Sarawak one's. It has the Umph! But too bad, I got mine from the wet market. Not particularly good. But fairly okay. And now, let's crack the pepper. Slightly wet your chopping board, place the pepper on the wet chopping board. Like this, the pepper won't run around. Crack it using the back of your knife or the mortar. 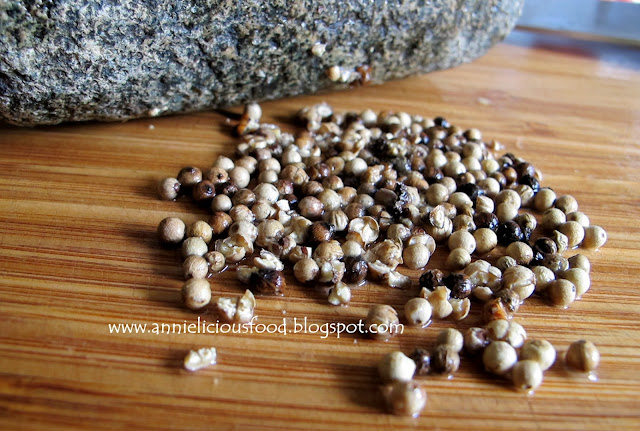 Saw the soup base? It should looks clear, still slight cloudy, but not murky. But it doesn't mean that this soup base is watery and plain. The broth is really thick and peppery. This is the soup base color you should get if you did put in effort to really clean the stomach. Some shop-bought pig's stomach soup looks murky color - due to the slimy impurities, due to the half-cleaned stomach and whatever. I don't wanna describe further. Now you know the difference between shop-bought and the home-cooked one. 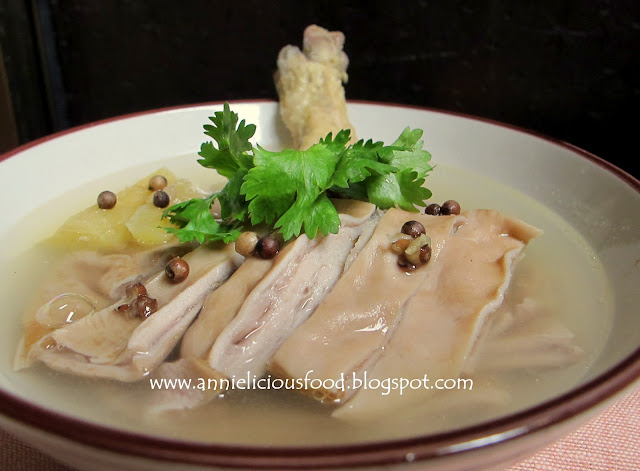 For those who never taste pig's stomach before, this offal has a nice meaty sweet pork taste and pleasant chewy texture. The broth is thick, sweet and peppery.

If you'd had a bad week, not eating well, feels very much missing home and your mama, have a bowl of Pig's Stomach Soup! I'm sure you will feel that the world isn't that bad afterall :)
Posted by Annieliciousfood