I love shrimp roe noodles. I had this in Macau last month and I'm absolutely in love with it. The noodles itself has mild salty shrimp taste. And when I toss the noodles with the shrimp paste and soy sauce dressing.... Fwoh! Addictive!

Especially when it is cold weather, one serving might not be enough! 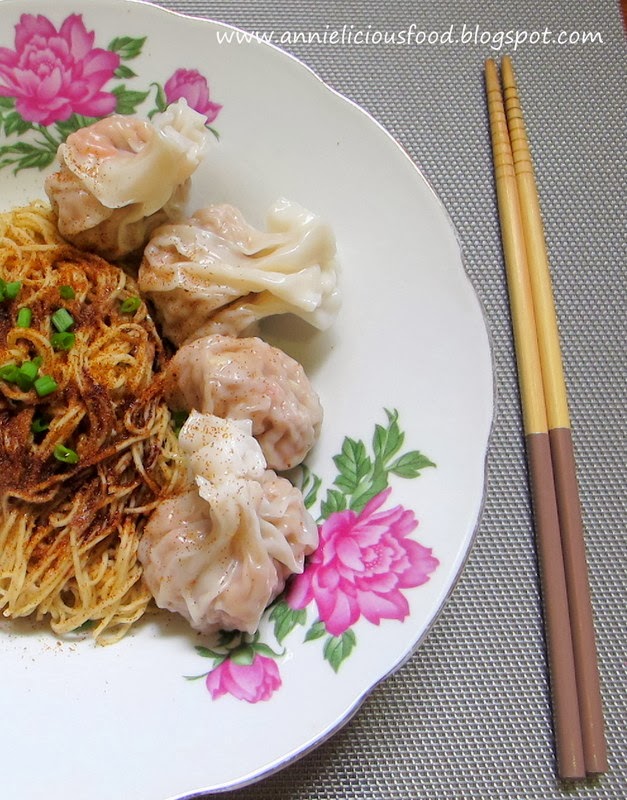 I stayed at 新马路 area when I was in Macau. Just walk down the road, I found 喜临门麺家 at 十月初五街38号. This shop sells authentic and traditional Shrimp Roe Noodles (虾籽麺) and some good quality Shrimp Roe (虾籽) as well. 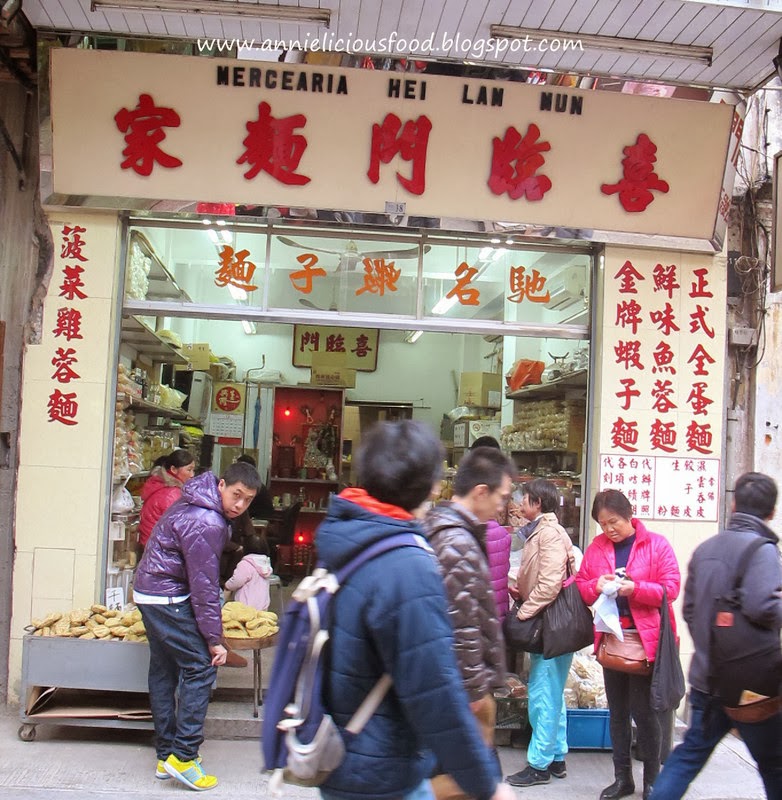 Shrimp roe wanton noodles is common in Macau and also Hong Kong. I had a random chat with the noodles shop owner. I was told that this palm sized hard bundle of shrimp roe noodles is originated in Macau, and this delicious noodles then spread to Hong Kong. Whether it is originated in Hong Kong or in Macau, I didn't specifically do any research on that. I just listen to what the noodles owner say. However, it might be true, because the location of this shop is very near to the sea port. Getting shrimp roe should be easy I guess. 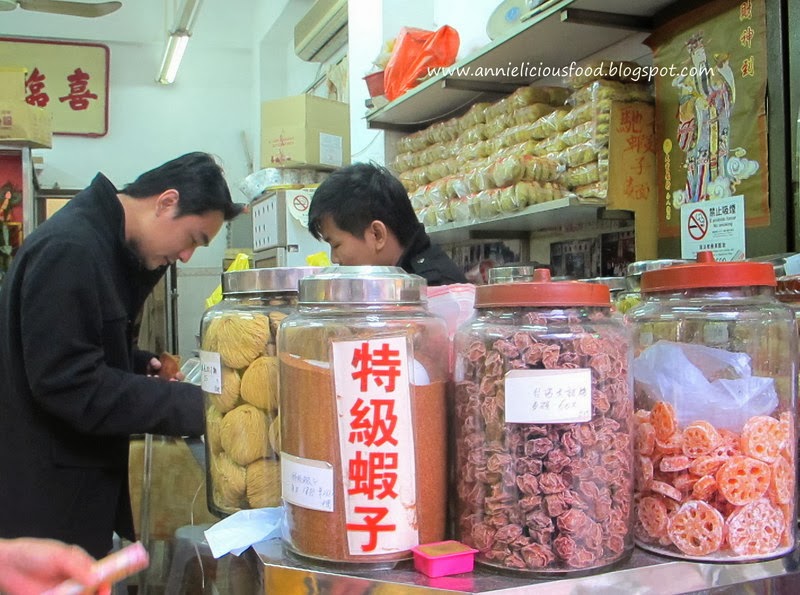 I walk down further. And I randomly walked into a noodle shop, and ordered a serving of Shrimp Roe Wanton Noodles (虾籽云吞捞麺). It is not difficult to identify what's in the noodles. Other than the wantons served, it has shallot oil, dark soy sauce, soy sauce, shrimp paste as dressing on the noodles, and then topped with shrimp roe and spring onions. This is the serving that I had in Macau. 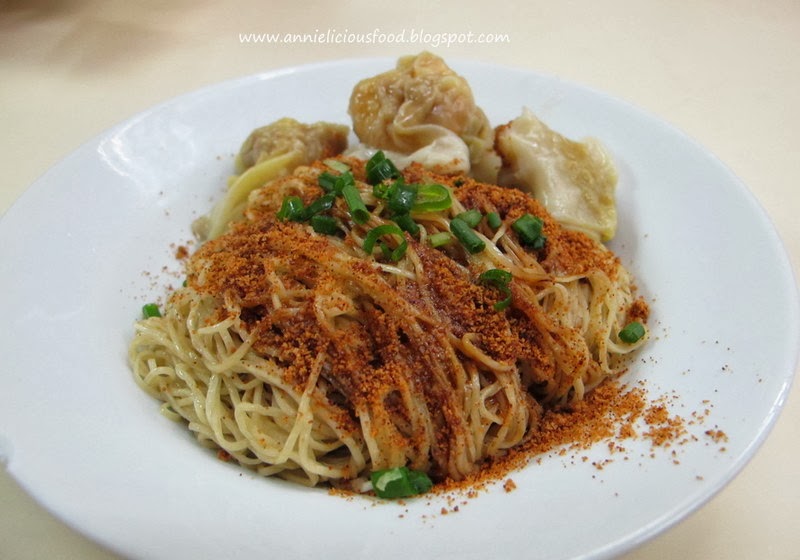 Max is very excited to try this noodles. Less than 3 days after we are back to Singapore, he already kept telling me that he wanted to eat shrimp roe noodles. Looking at this piece of dried noodles. One of the special characteristic that distinguish this noodle from many other varieties of Chinese noodle is the salty shrimp roe forming tiny black spots on strips of the noodles. 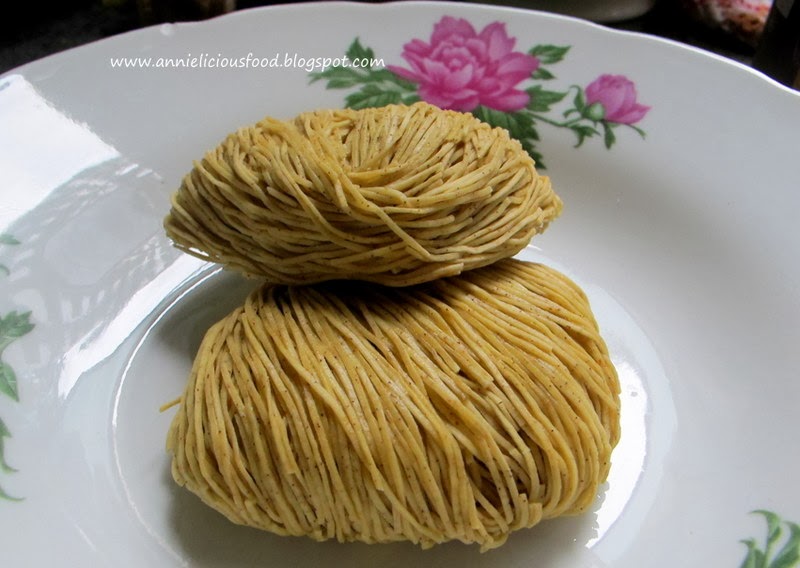 You don't have to go Macau or Hong Kong just to get shrimp roe noodles. Cold Storage do sell. However, maybe the quality and taste might vary a little.

I also bought a bottle of shrimp paste from Macau. This shrimp paste taste like belacan (The usual shrimp paste found in Malaysia and Singapore), but this Macau shrimp paste is more fine and spread-ably soft texture. If you can't get this, I'd suggest you to use the ordinary belacan, mix with water until it achieve thick dripping consistency, just like dark soy sauce kind of thickness. 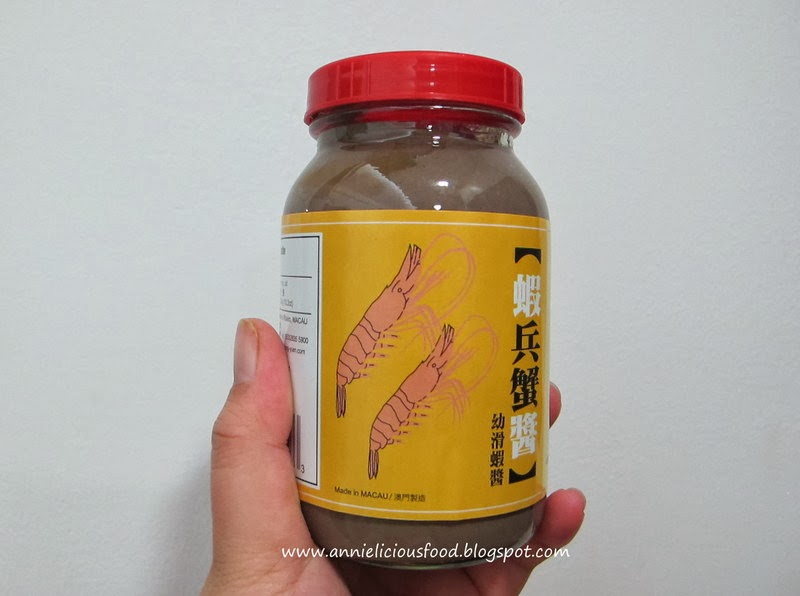 Because this noodle has mild saltiness on its own, the most common method of cooking is directly boiling the noodles and drizzle over some sauces for additional flavorings. This noodles is not difficult to replicate. All you need is to go to the Cold storage, buy shrimp roe noodles, get some belacan, and make some wanton to go along.

Ingredient (for Wanton)
This makes about 10 big wantons or more. It depends on the size of your wanton.

Look at the size of my wanton. They are big. I wrapped 1 prawns in each wanton. Hehe.. 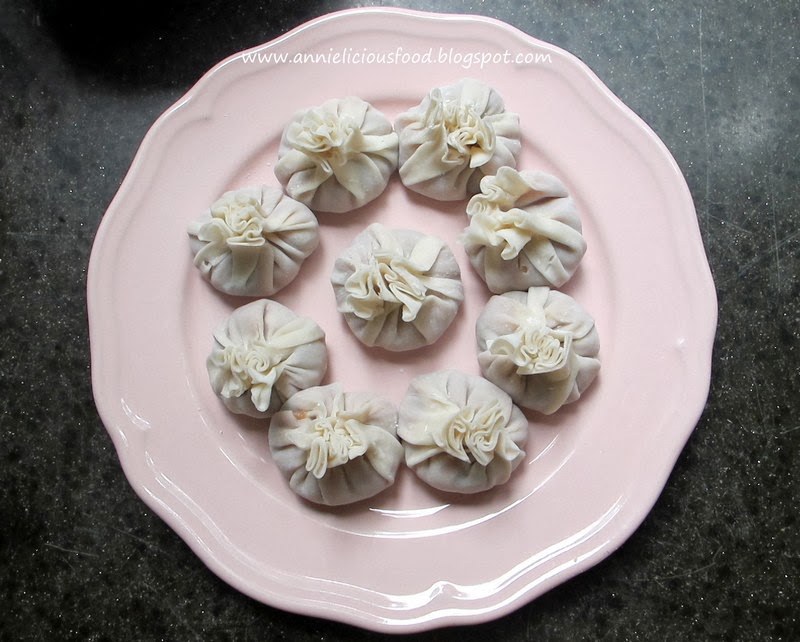 And shrimp roe wanton noodles done! Max says this taste really like the one we had in Macau! 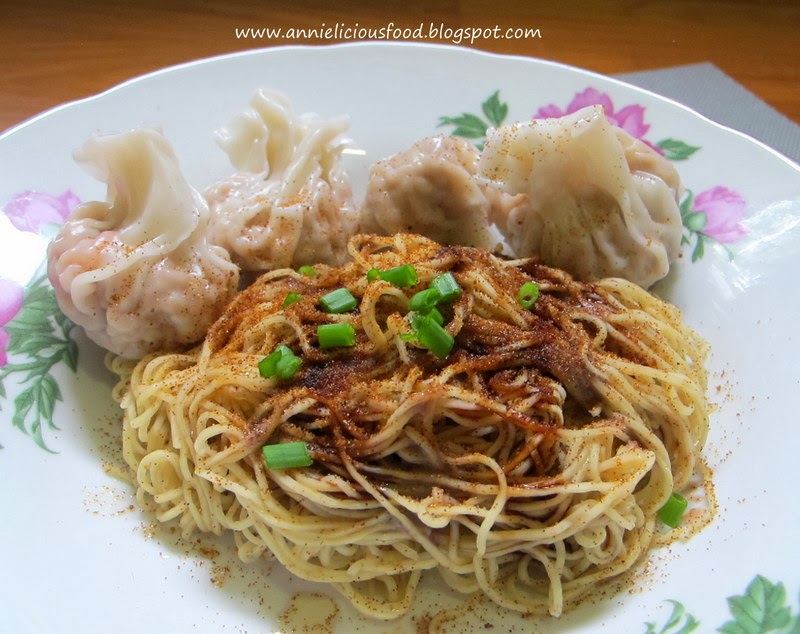 Pretty straightforwared eh. As long as you get the ingredients right, I think this is not difficult to replicate. So, do go down to Cold Storage and buy some shrimp roe noodles and make some wantons today! 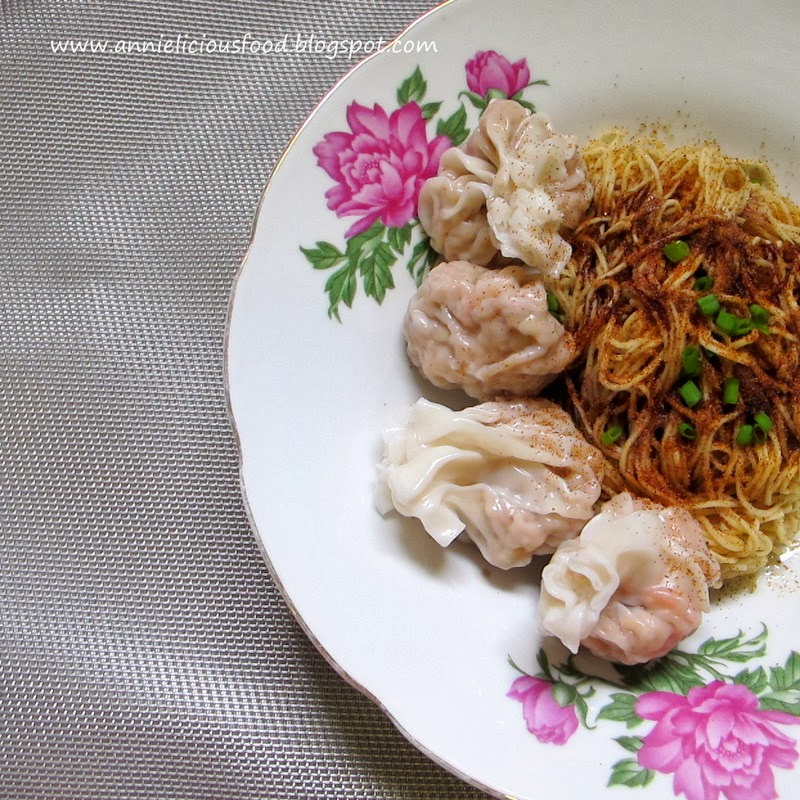