This recipe is absolutely fast, delicious and sexy looking kinda meal that you won't wanna miss! 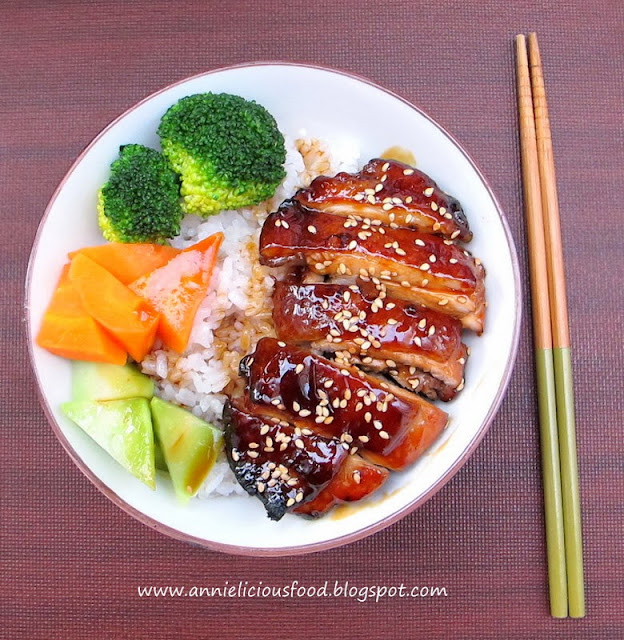 Don (丼) literally means "bowl", while Donburi means Japanese rice bowl dish, usually a bowl filled with rice, and topped with fish, or meat, or vegetables or other ingredients.

Donburi started to appear in the Edo era (江戸時代 Edo jidai - 1603-1867). The first donburi dish was Unadon (鰻丼) . Since the meal was very easy to prepare and taste good, it becomes very popular in such a short time. Dishes such as Oyakodon (親子丼), Tendon (天丼) and Gyūdon (牛丼) was later introduced and becomes popular donburi dishes after Meiji era (明治時代 Meiji-jidai - 1868-1912) in Japan.

If you've heard Yoshinoya's history before, in 1899, Eikichi Matsuda (松田栄吉) opened his 1st Yoshinoya (吉野家) restaurant, featuring wholesome and delicious meals with the convenience of modern-day fast food. It was a new concept in Japanese culture back then and they serves their original Gyūdon, and it was an instant hit. 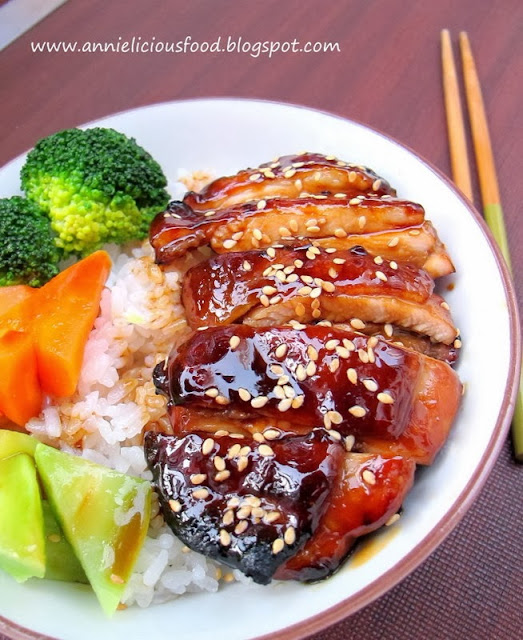 Marinated chicken tights are broiled or grilled in the oven, then it is brushed with Teriyaki sauce, grill it again, and brush it with Teriyaki sauce again to give it a finishing. This cooking technique means yaki (焼き). The shine or luster sauce means teri (照り). And that's what Teriyaki (照り焼き).

Alan cooked Gyūdon for AFF. Do hop over to his blog to look at his awesome recipe. I wanted to cook Gyūdon initially, because that's Max request. But I have no luck in getting any good marbled beef slices. And so, I decided to cook Chicken Teriyaki-Don then.


For those who doesn't know me in person, I'm actually allergic to Broccoli. Yes! You hear me! It's Broccoli! It may sounds like I'm just joking, but no. Broccoli  is a poisonous food. I love Broccoli, but hell! I can't eat em'. When my friend saw this photo, she asked "Ehh!! You eat BROCCOLI?! "....... Hahaha! Nope! I didn't! Those green freak are for Max only. 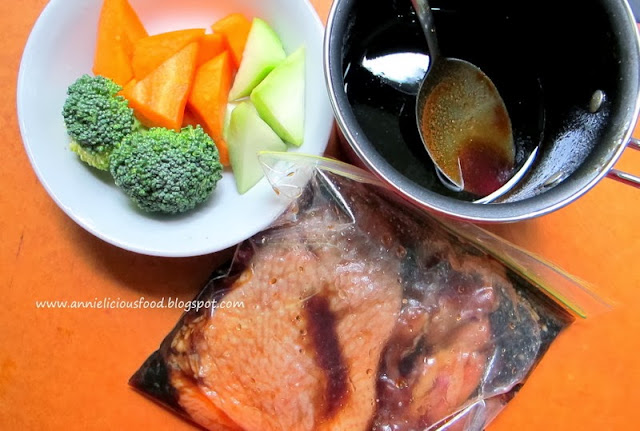 Look at this chicken tights. It looked pretty good eh? Always remember to line foil paper at the bottom. It will makes your washing easier :) 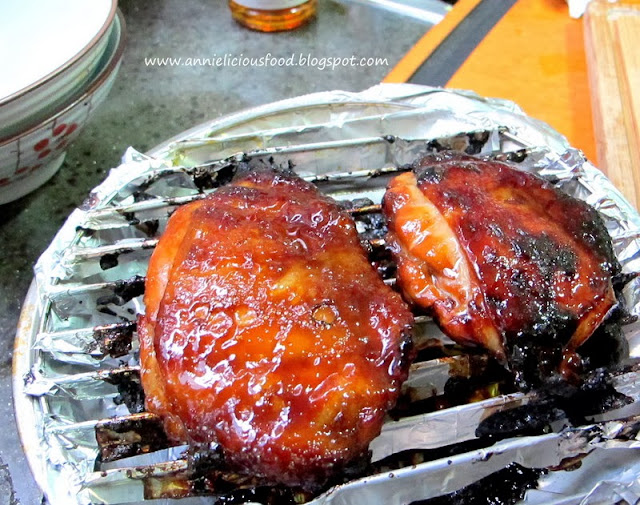 I'm only cooking for two. So, it's pretty easy work. Japanese donburi usually served in over-sized rice bowl. For my case, I did the same. Guarantee gives 100% satisfaction with just one bowl of rice. Easy meal :) 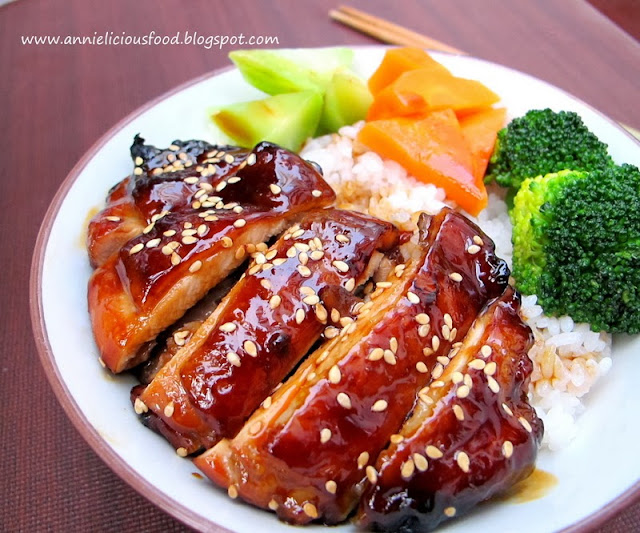 Oh! My best Chicken Teriyaki Don recipe!!! Haha... I hope you like it. Do give it a try!

I am submitting this post to Asian Food Fest #1 Oct 2013 : Japan, hosted by Alan from travelling-foodies
Posted by Annieliciousfood